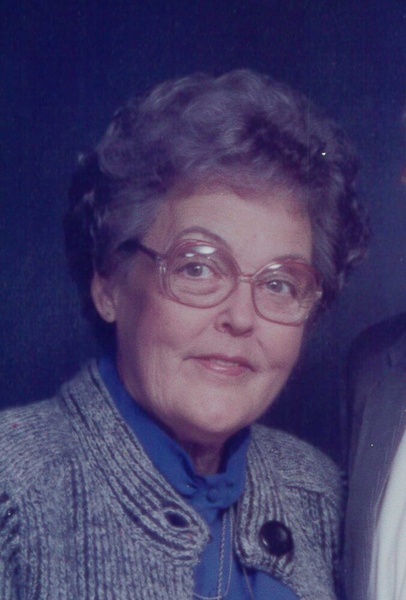 Adele Wilma Christy, aged 97, passed from this life on 19 January 2022 at Park Lane Nursing Home, Scott City, Kansas.  Adele was born to Delbert John and Vera Blanche (Shomaker) Haynes on 22 July 1924 in Vining, Kansas.  She grew up in Clifton-Vining, where her father ran a service station and her mother was a seamstress.  After graduating high school in three years, she worked for a time at Pratt & Whitney during the war effort.  Visiting her sister, Sara Fleury, in Scott City, she met and later married a young Texan, J.W. (Bill) Gentry who was working with a seismic crew.  They had three daughters: Sara Roxanne, Kairn Debra, and Jonny Bill.  After Bill’s passing, Adele married Richard B. Christy of Scott City.  They had two daughters: Kathy Del and Marian Elizabeth.

Adele was a homemaker and worked with Richard on their farm and ranch.  She also drove a school bus for USD466 for many years and was a 4-H leader.

Adele was part of the BW Club and Better Homes EHU and was a member of Eastern Star and the VFW Auxiliary.

A private family memorial service will be held.  There will be no calling times.  The family requests no flowers.

To order memorial trees or send flowers to the family in memory of Adele W. Christy, please visit our flower store.