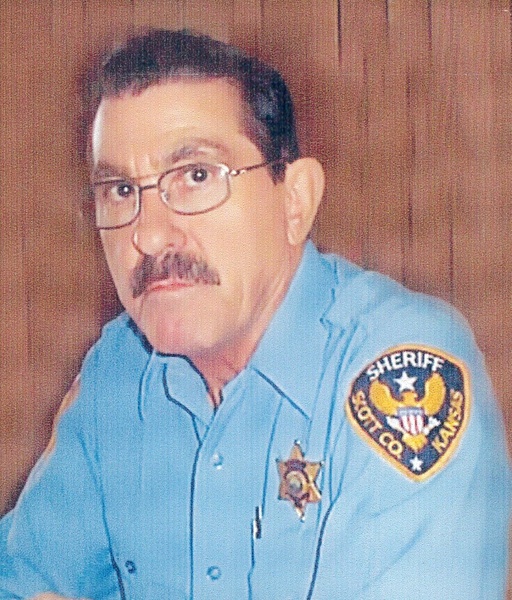 Alan R. Stewart, age 82, passed away on Monday, August 16, 2021, at his home in Scott City, Kansas. He was born on March 30, 1939, in Scott City, the son of George Eugene and Madeline Harrington Stewart. Alan was a resident of Scott City since moving from Healy in 1958. Alan worked in Law Enforcement most of his life and served his community as sheriff for many years.

Alan was a member of Holy Cross Lutheran Church of Scott City as well as the Kansas Sheriff’s Association and the Kansas Police Officers Association.

He was preceded in death by his parents, one brother, and one sister.

Funeral Services will be at 10:30 a.m. Monday, August 23, 2021, at the First Baptist Church of Scott City, Kansas, with Don Williams presiding.

Memorials in Lieu Of Flowers can be written to the Alan Stewart Memorial Fund in care of Price & Sons Funeral Home; PO Box 553, Scott City, Kansas, 67871.

To order memorial trees or send flowers to the family in memory of Alan R. Stewart, please visit our flower store.