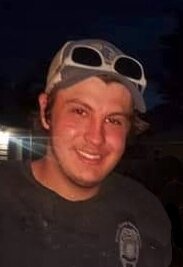 Andrew Joseph Gomes, age 23, passed away on Tuesday, May 17, 2022, in Wichita County, Kansas. He was born on January 17, 1999, in Jackson, California, the son of Douglas and Arlee Azevedo Peterson.  A resident of Scott City, Kansas since 2016 moving from Valley Springs, California, he was a farmer.

Andrew was preceded in death by one uncle, Rockie Gomes.

A memorial service will be held at 7:30 p.m. Thursday, June 9, 2022, at Price and Sons Funeral Home in Scott City, Kansas with Steve Payne presiding.

Memorials In Lieu Of Flowers may be written to the Andrew Gomes memorial fund in care of Price & Sons Funeral Home, PO Box 553, Scott City, Kansas, 67871.

To order memorial trees or send flowers to the family in memory of Andrew Joseph Gomes, please visit our flower store.