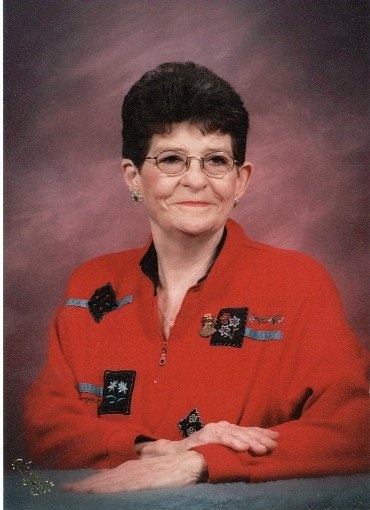 Anita O. Wilson, 80 years young, passed away on Saturday, November 11, 2017 at Hays Medical Center in Hays, Kansas.  She was born Anita Olene Teter on July 4, 1937 at Mooreland, Oklahoma, the daughter of Ralph & Edna Mae (Buck) Teter.  She had been a resident of Tribune, Kansas from 1969 through 1979 moving to Enid, Oklahoma and returning to Tribune in 1996.  She earned a business degree in 1959, which served her as an employee for the Northwest Stockyard in Enid, Oklahoma, Greeley County ASCS office, as Greeley County Deputy Clerk, the Bison CO-OP, The Burger Bar, Goodies and had her own janitorial service. She was an accomplished seamstress.

She was a former member of the First Baptist Church in Tribune, Kansas.

Funeral Services will be held at 10:30 am (MST) Wednesday, November 15, 2017 at the Assembly of God Church in Tribune, Kansas with the Reverend Justin Scherer officiating.  Burial will be in Greeley County Cemetery.

Friends may call from 1:00 pm until 8:00 pm Tuesday at Price & Sons Funeral Home in Tribune, Kansas.

Memorials may be given to the Anita O. Wilson Memorial Fund in care of the funeral home

To order memorial trees or send flowers to the family in memory of Anita O. Wilson, please visit our flower store.