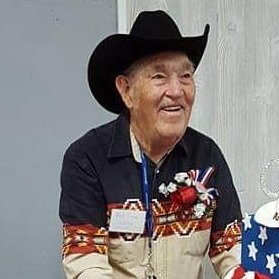 A lifetime member of Finney County he worked as a farmer and rancher.  He was a member of the First Christian Church, The Fraternal Order of the Eagles, the American Legion, and the VFW all of Garden City, Kansas.

He was preceded in death by his parents, wife, four brothers, one sister, and one granddaughter.

Funeral services will be held at the First Christian Church on Friday, February 1, 2019 at 2:00 p.m.

Visitation will be from 1-8 on Thursday, January 31, 2019 with the family receiving friends from 6-8 at Price and Sons Funeral Home of Garden City.

Interment will follow at the Sunset Memorial Gardens with military honors provided by the Kansas Army National Guard.

To order memorial trees or send flowers to the family in memory of Arthur Green, please visit our flower store.