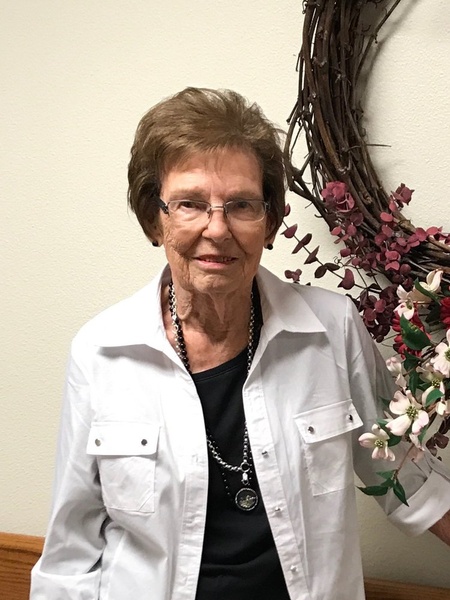 Betty P. Schmidt, age 93, passed away on Wednesday, December 09, 2020, at the Scott County Hospital in Scott City, Kansas.  She was born on July 6, 1927, in Salina, Kansas, the daughter of Charles & Freida Barnett Rice.  Betty was a resident of Scott City, Kansas since 1951 moving from Great Bend, Kansas.  She was a registered nurse and a homemaker.

She was a member of the First Christian Church and numerous other organizations all of  Scott City, Kansas.  Betty graduated from Gray Hospital School of Registered Nursing in Hutchinson, Kansas on September 1, 1948.

She was preceded in death by her Parents, Husband, Two Brothers - Burl Rice, Robert Rice, and One Sister - Odessa Klein.

Memorials in Lieu of Flowers can be made to the First Christian Church or Scott Recreation Commission in care of Price and Sons Funeral Homes.

To order memorial trees or send flowers to the family in memory of Betty P. Schmidt, please visit our flower store.