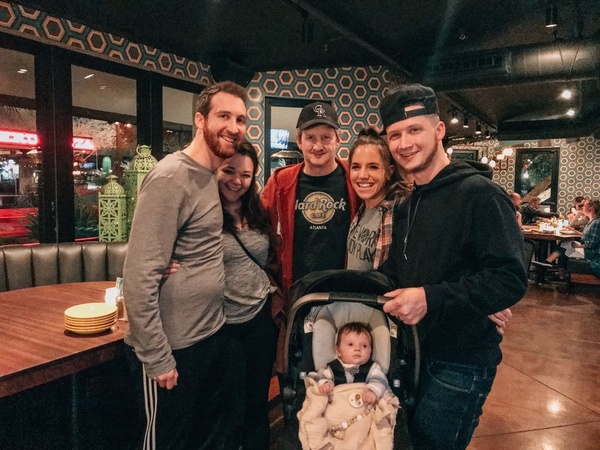 He graduated from Garden City High School in 1978, and graduated from Goodland Vo-tech in 1980. He never let himself get bored with work, and spent his life working a variety of hands-on jobs, including over a decade at the Kansas Department of Transportation where he took on all sorts of tasks including teaching first aid and CPR. He also spent time doing aviation assembly and mechanical work- he was truly a “jack-of-all-trades” and always the first person to call when you had a problem with anything- from your car to your plumbing to your lawn mower.

He was proud of the community he found at Alcoholics Anonymous, which gifted him with purpose and perspective during many seasons of his life. He loved watching MASH, Cheers, Laurel and Hardy, and the Three Stooges, and it is safe to say that his distinctive and witty sense of humor was often inspired by those sources. He was known to enjoy four-wheeling in the Arkansas River bed, and was always looking forward to purchasing his next Harley motorcycle.

He was preceded in death by his parents, Earl and Vola Proffitt.

A memorial service will be held at Cornerstone Church in Garden City, Kansas at 1:00pm on August 6th, and interment will take place privately at Valley View Cemetery in Garden City at a later date.

In lieu of flowers, the family has asked that donations be made to Emmaus House in Garden City, which played a critical role during a season of Stu’s life. Memorials can also be made to the Boyd Proffitt Memorial Fund and sent in care of Price & Sons Funeral Home of Garden City, Kansas.

To order memorial trees or send flowers to the family in memory of Boyd Lee Proffitt, please visit our flower store.