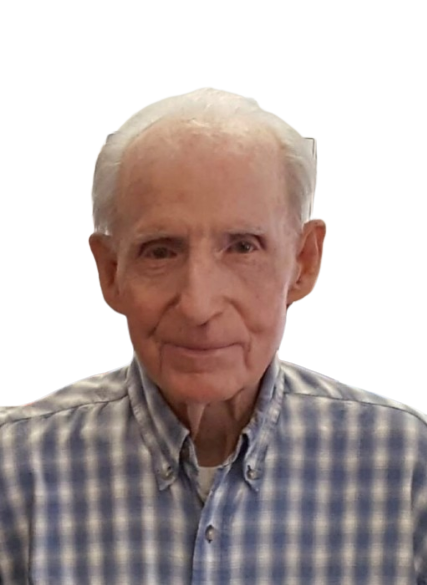 Boyd T. Reifschneider (93) shuffled off his mortal coil on 20 December, 2018 in Scottsdale Arizona.  He was born 25 March, 1925 in Dighton, Kansas to farmers Edward and Lettie (Thomas) Reifschneider.  After graduating from Dighton High School, Boyd enlisted in the United States Navy and served honorably on the mine sweeper USS Toucan in the South Pacific during World War II.  Returning home, Boyd started a family and worked on the farm until, deciding he did not want to drive a tractor for the rest of his life, Boyd and his family moved to Scottsdale in 1963 where he studied electronics and eventually became employed in the cable television industry.  After retiring, he volunteered at the Crisis Nursery and enjoyed golf, making jewelry, and relaxing at his mountain home.  He was a life time member of the American Legion, post 190.   Boyd is survived by his wife of 67 years, Elinor, children Greg (Carmen), Connie (Jerry), Cathy (Tom), and Galen (Claudine), grandchildren Tom, Patricia, Melissa (Daniel), Michael, and Mitchell, and great grandchildren Nadia, Brennan, Cooper, Natasha, and Daniel, as well as an aunt, sister-in-law, many nieces, nephews, and cousins.

Graveside services will be held on Saturday, June 29, 2019 at the Dighton Cemetery in Dighton, Kansas at 11:00 A.M. with military honors provided by the United States navy.

Donations in Boyd’s name may be sent to the Wounded Warriors Project.

To order memorial trees or send flowers to the family in memory of Boyd T. Reifschneider, please visit our flower store.