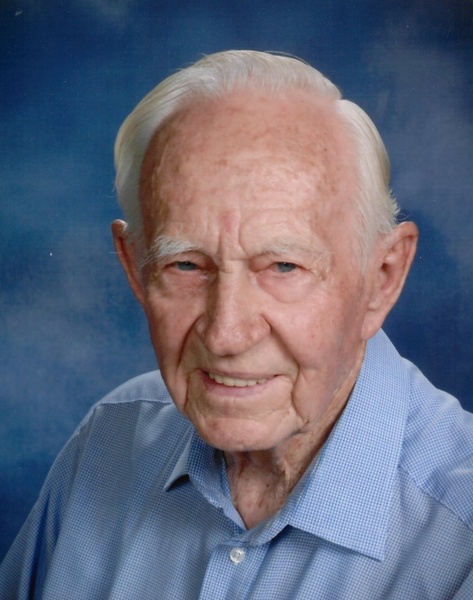 Calvin D. Kruse, age 92, passed away on Wednesday, June 6, 2018 at the Scott County Hospital in Scott City, Kansas.  He was born on February 13, 1926 in Frederick, Kansas, the son of Walter and Sadie Janssen Kruse.  A Scott City resident since 1947 moving from Loraine, Kansas.  He was a successful farmer.

He was a member of the First Baptist Church in Scott City, Kansas and was an avid Bowler and Golfer.  Calvin was a US Navy Veteran of World War II and a member of the Guidons International since 1984.

Calvin was preceded in death by his Parents and One Sister - Twila Kruse-Sutherland.

Funeral Services will be held at the First Baptist Church in Scott City, Kansas at 10:30 a.m. Monday, June 11, 2018 with Rev. Kyle Evans presiding.

Memorials in lieu of flowers may made to the First Baptist Church in care of Price & Sons Funeral Homes.

To order memorial trees or send flowers to the family in memory of Calvin D. Kruse, please visit our flower store.