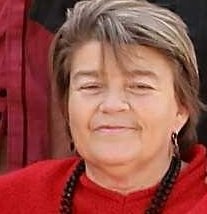 Carrie Frances “Lee" Haas, 58, Holcomb, Kansas departed this world on Friday, December 18, 2020 at Kearny County Hospital in Lakin, Kansas. She was born January 10, 1962 in Vernon, Texas to E. M. “Shorty” & Mary Winter Lee. She moved to Garden City in 1966 at the age of 4 and has been a resident of Finney County ever since. She graduated from Garden City High School in 1980. She married Mark Herrell on April 24, 1982 in Garden City. She later married Ron Haas on October 30, 1993 in Garden City.  Throughout her life, Carrie worked at various restaurants in Garden City, the YMCA, and the Emmaus House. She enjoyed bowling, helping out in the 4H & Open Class Flower Department at the Finney County Fair, and watching sports, as she was a lifetime fan of the Dallas Cowboys.

She also loved traveling around Southwest Kansas and Colorado with her husband Ron going to car shows for the Emmaus House. She was a very active member of the First Baptist Church of Holcomb.

Carrie loved going to thrift stores and yard sales to try find a good bargain. If anyone needed anything or if she saw anything that she believed that someone could use, she would gladly pick it up for them.

To order memorial trees or send flowers to the family in memory of Carrie Haas, please visit our flower store.