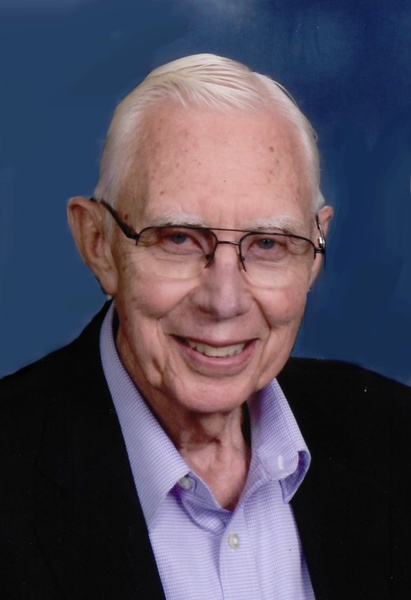 He and Velda lived in Garden City, KS while he was employed with Harkness Landleveling Construction.  After moving to Scott City and building houses for Delbert Jones for two years, Clyde began working with Selwin Eggleston, and became co-owner of Eggleston-Thomas Real Estate Agency in 1967.  He loved developing properties, and created several housing sub-divisions in Scott City.  He was instrumental in Scott City's commercial development in the seventies.  In 1981, he established Thomas Real Estate Agency, enjoying his passion of selling residential, farm, and commercial properties.  In recent years, Stephanie Shapland worked with Clyde selling real estate, and he enjoyed their special relationship.

Clyde had tremendous faith in God, and was devoted to his family and friends. He was always there  to offer  love and care whenever needed. He loved his wife dearly, and they were nearly inseparable, attending  the many activities and events of their children, grandchildren and great-grandchildren.  He also loved watching the Scott City Beavers throughout the years, and following their successes.  An avid history buff, he enjoyed Western heritage and traditions of the region. He was proud of his service in the Kansas National Guard, and leadership in the Scott City United Methodist Church for many years as a board member and usher.  He was a city councilman for Scott City, a former president of the Scott County Historical Society, a member of the Scott County Chamber of Commerce, assistant scout master for Boy Scouts of America Troop 149, and Scott County Little League Baseball coach

Known to all as “Granddad”, his sparkling blue eyes, charming smile, wit, and loving heart will be terribly missed.

To order memorial trees or send flowers to the family in memory of Clyde Dean Thomas, please visit our flower store.