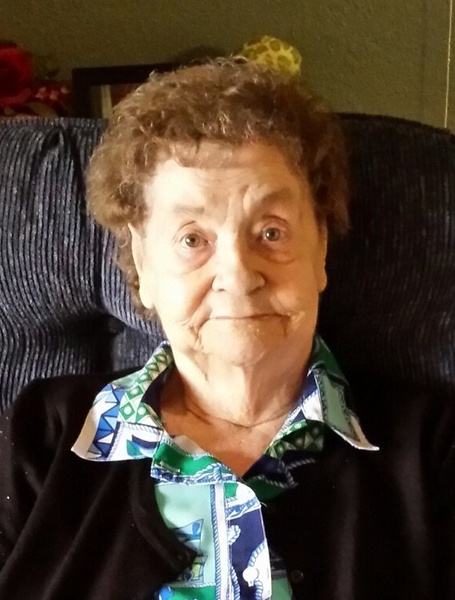 Corrine Dean, age 92, passed away on Monday, November 27, 2017 at the Park Lane Nursing Home in Scott City, Kansas.  She was born on August 12, 1925 in Ottawa, Kansas, the daughter of Noah Robert and Lucy Ann Naff Blackwell.  A resident of Scott City, Kansas since 1949 moving from Leoti, Kansas, she was a Cashier at Ideal Grocery Store for over 25 years.

She was a member of the Community Christian Church of Scott City, Kansas, Rebekah Lodge and Homemakers EHU.

She was preceded in death by her Parents, Husband, One Grandson, Five Brothers and Three Sisters.

Graveside Services will be held at the Scott County Cemetery in Scott City, Kansas on Friday, December 1, 2017 at 2:00 p.m. with Ron Hess presiding.

Memorials may be made to Corrine Dean Memorial Fund in care of Price & Sons Funeral Homes.

To order memorial trees or send flowers to the family in memory of Corrine Dean, please visit our flower store.