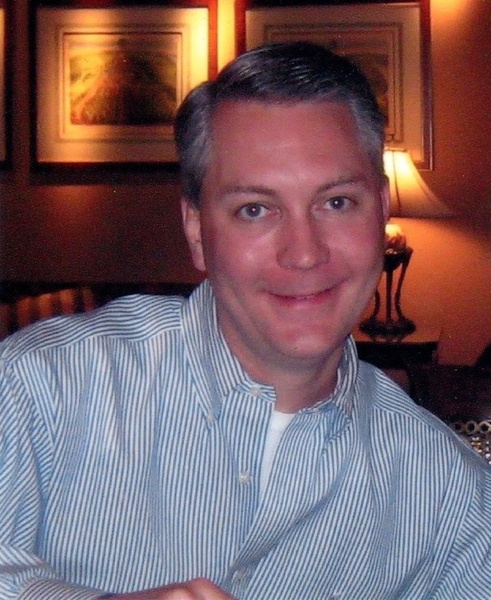 Dallas Shawn Martin, 46, of Colorado Springs, passed away on April 17, 2019, in Colorado Springs, Colorado.  He was born October 5, 1972, in Scott City, the son of Lester D. Martin and Cheryl K. Huseman Martin.

Dallas was born and raised in Scott City and was a graduate of Scott Community High School in 1991.  He attended Kansas State University and graduated in 1996 with a degree in Construction Science and Management.  While attending KSU, he was a member of Pi Kappa Alpha.  Dallas worked as a Construction Project Manager for over 22 years.

As a young man, Dallas was a very competitive horseman competing in many AJQHA shows, with his horse, Diamond Zero.  Dallas loved spending time with his beagle, Bailey. He loved the outdoors and enjoyed golfing and snow skiing.  He was a loyal friend and an easy-going guy. He was an avid sports enthusiast, especially for his favorite teams KSU and the Dallas Cowboys!

On August 16, 2003, Dallas married Kandace King at Colorado Springs.  Kandace passed away on July 25, 2010. He also was preceded in death by his brother, Justin Martin, his father, Lester Martin, and his grandpa, Art Huseman and great aunt, Velma Huseman.

Funeral services will be held at 10:30 a.m. Tuesday, April 23, 2019 at the First Christian Church in Scott City, Kansas with Steve Payne presiding.

Memorials may be made to the First Christian Church in care of Price & Sons Funeral Homes.

To order memorial trees or send flowers to the family in memory of Dallas Shawn Martin, please visit our flower store.