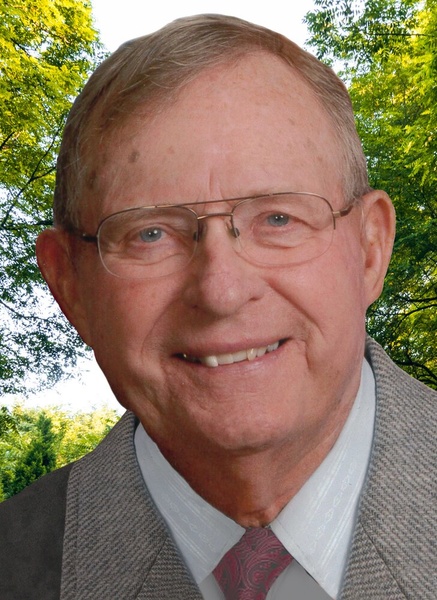 Melvin Dan Hutchins, 86 went to the Heavenly Home prepared for him, April 25, 2022, at Park Lane Nursing Home, Scott City, KS. He was born March 26, 1936, at St. Catherine Hospital in Garden City, KS, to Marion Dorsey Hutchins & Grace Mae (Everett) Hutchins. They lived in Lane County until Dan was 5 when their family moved 15 miles south of Scott City on Dec. 7, 1941.

Dan attended school in Friend, KS, through the 4th grade, then the Shallow Water school for grades 5-8, graduating from Scott Community High School-USD 466. Dan went on to graduate from Kansas State College of Agriculture & Applied Science with a Bachelor’s Degree of Science in Agriculture, returning home to farm with his father. Dan served in the United States Army Reserve.

Dan married Barbara Jean Bastin on March 12, 1961. In 2022 Dan and Barb celebrated 61 years of marriage. They raised their family in the same farm home Dan was raised in, until moving into Scott City in 2005.  Dan accepted Jesus as his savior, joining the Scott City First United Methodist Church, and was an active member.

Dan accepted Jesus as his savior, joining the Scott City First United Methodist Church and was an active member.

Having his family participate together in the local Easter Pageant, each year during their impressionable years, was important.  For Dan, spending time making special and varied memories with his family was very important.  He encouraged Devin & Deb in their 4-H cattle project, in school activities, and even on the ski slopes. Education was also very important to Dan. Giving back to Scott City Dan served on the USD 466 Board of Education from 1973-1981. Building & flying remote-controlled model airplanes found Dan in their farm home basement building the planes he would later fly at the Scott City Airport. Until BIG plane traffic started increasing. Then he & his friend Delmer Watterson found an airstrip in Dighton and another near Jetmore. Dan also enjoyed golf, as one of the charter members of the Scott County Golf Association. Natural Heath was another subject of interest for Dan. As a student of the world, Dan was a man of many interests. If you wanted the latest science fiction book, you’d find a tattered copy in Dan’s hip pocket. Right up until it disbanded a few years ago Dan was among the Charter members of the Scott City Men’s Investment Club. As the 7 grandchildren started arriving on the scene, Dan & wife were found on the road ready to keep making more precious family memories.

Retiring from farming, Dan added a new interest that brought many new friends and enjoyment; playing pool at the Scott City VIP Center. One that then led to being on the VIP Board and later President of the Board.  A Stroke (11/1/2019) brought a halt to Dan’s VIP enjoyment and service.

Dan was preceded in death by his parents and brother, Kent Hutchins.

Memorial services will be held at 10:30 a.m. Saturday, April 30, 2022, at the United Methodist Church in Scott City, Kansas with the Rev. Larry Danforth presiding.  Services will be streamed live at www.priceandsons.com.  Click the live stream tab on the left side of the obituary.

To order memorial trees or send flowers to the family in memory of Dan Hutchins, please visit our flower store.