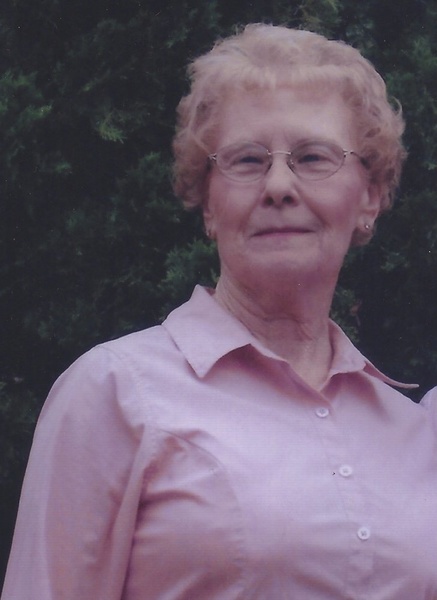 Born June 18, 1932 in Beaver County, Oklahoma to Paul & Loraine Frank Hoover.  She was one of Four Children including a twin sister.

She moved with her family to Garden City as a child.

September 10, 1950 she married Rolland Mathias in Garden City, he preceded her in death on September 29, 2014.  They had two sons, Gary and Michael.  They made their home in Deerfield, Kansas moving to Garden City in 1980.

For a number of years she volunteered her time at the YMCA as an aquatic instructor, she had been certified with the Arthritis Foundation and Fitness for Life.

She was a member of the Presbyterian Church, sang in the church choir for many years.  She was a homemaker and lived for her family.

She is survived by her son Michael of Garden City, Kansas; and her sister Marlene Stilwell of Canon City, Colorado; six grandchildren and five great grandchildren.

She was preceded in death by her son, Gary Mathias; Brother, Paul Hoover; Sister, Donna Jameson.

Graveside services will be held on Thursday, August 1, 2019 at the Deerfield Cemetery at 9:30 A.M.

To order memorial trees or send flowers to the family in memory of Darlene Laraine Mathias, please visit our flower store.