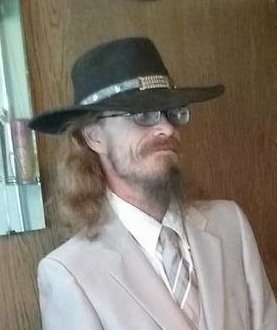 Darryn L. Rodenberg, age 44, passed away on Friday, September 22, 2017 at his home in Scott County, Kansas.  He was born on April 7, 1973 in Scott City, Kansas, the son of Darrell Lee Rodenberg and Melodee Mia Appel.  A resident of Scott County Kansas since 2002 moving from Liberal, Kansas, he was a computer repairman.

Memorials may be made to Darryn L. Rodenberg Memorial Fund in care of Price & Sons Funeral Homes. There will be no calling times.

To order memorial trees or send flowers to the family in memory of Darryn L. Rodenberg, please visit our flower store.