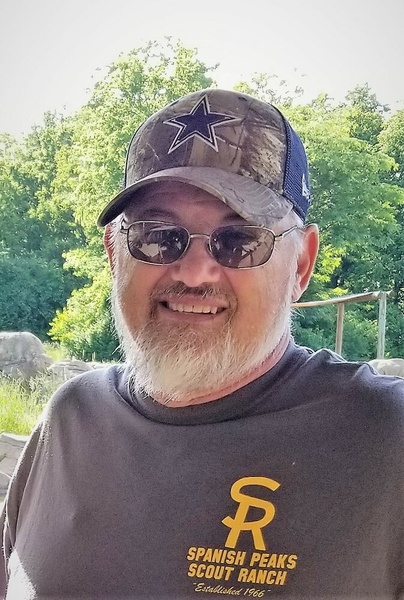 David W. Rich, age 62, passed away on Sunday, January 16th, 2022 at the Kearny County Hospital in Lakin, Kansas. He was born on January 25th, 1959 in La Junta, Colorado, the son of DuWayne Elden Rich and Margaret Ann (Clark) Fitzpatrick. He was a longtime resident of Deerfield, Kansas having moved from Johnson, Kansas in 1969.

His most treasured moments were camping and fishing with his 19 Grandchildren and 1 Great Grandchild.

He retired from Berry Tractor after 30 years of service in 2017 and was a diesel mechanic.

He was a member of the Boy Scouts of America and served as a Scout Master for more than 20 years.

He was preceded in death by his parents and two Brothers- William Rich and Jimmy Rich.

A Graveside memorial service will be held at 3:00 p.m. Saturday, January 22, 2022, at the Deerfield Cemetery, in Deerfield, Kansas with Rita Stockton presiding.

To order memorial trees or send flowers to the family in memory of David W. Rich, please visit our flower store.