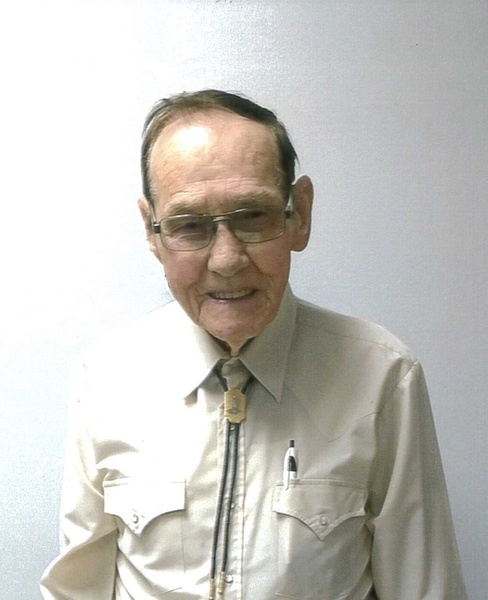 He was a member of the First Christian Church, Masonic Lodge #284 and the Scott City Shrine Club all in Scott City, Kansas and a Eagles Lodge Member.

On December 26, 1948 he married Josephine Marie Beach in Scott City, Kansas.  She survives.

He was preceded in death by his Parents, Two Sisters and One Brother.

Funeral Services will be held at 2:00 p.m. Tuesday, October 1, 2019 at the First Christian Church in Scott City, Kansas with Pastor Steve Payne presiding.

Memorials may be made to the First Christian Church or Friends of Scott City Shriners in care of Price & Sons Funeral Homes.

To order memorial trees or send flowers to the family in memory of Delbert E. Jones, please visit our flower store.