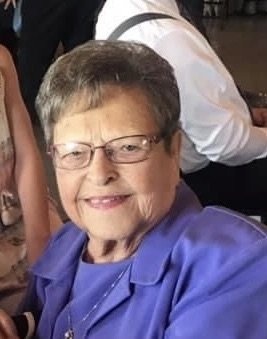 She was a member of St. Joseph Catholic Church in Tribune, Kansas, and a past Altar Society member.  She enjoyed sewing and talking on the phone which was her lifeline to her friends and family.  Her grandchildren and great-grandchildren called her “Granny” and they were her pride and joy.

She was preceded in death by her Parents, Husband, and One Brother - Harlow Altendorf.

Graveside Services will be held at 2:00 p.m. (M.S.T.) on Tuesday, December 15, 2020, at the Greeley County Cemetery in Tribune, Kansas with Fr. Tim Hickey presiding.

To order memorial trees or send flowers to the family in memory of Dolores G. Mangan, please visit our flower store.