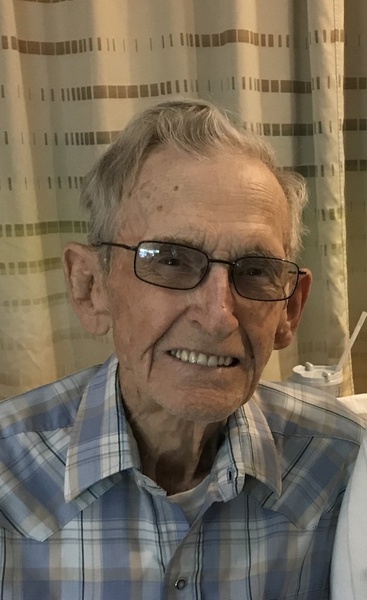 Dranon L. "Roy" Berry, age 87, passed away on Monday, July 23, 2018 at the Scott County Hospital in Scott City, Kansas.  He was born on January 30, 1931 in Cordell, Oklahoma, the son of Wilson W. and Bessie Lee Isbell Berry.  A resident of Scott City, Kansas since 1959 moving from North Dakota, he was a farmer, Owner and Operator of Amaco Service Station and worked for the Scott County Road Department.

On December 15, 1951 he married Magnild N. Otterson in Stanley, North Dakota.  She survives.

He was preceded in death by his Parents, Seven Brothers and Four Sisters.

Memorials may be written to the Dranon L. Berry Memorial Fund in care of Price & Sons Funeral Home.

Interment will be held in the Scott County Cemetery.

To order memorial trees or send flowers to the family in memory of Dranon L. Berry, please visit our flower store.