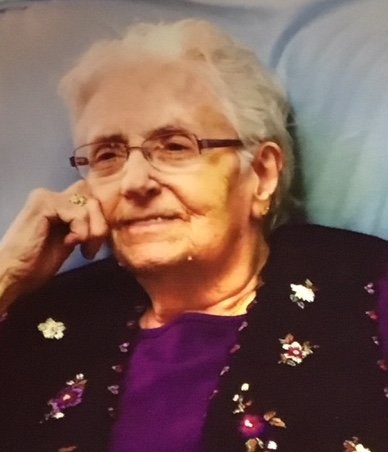 E. Louise Hands, age 87, went home to Jesus on Monday September 3, 2018 while surrounded by family at the St. Catherine Hospital in Garden City, Kansas.  She was born on October 8, 1930, in Hopewell, Kansas, the daughter of Floyd Louis and Esther Estelle Henderson.

Louise was a teacher, farmer’s wife, mother, sister, grandmother, great grandmother, prayer warrior and missionary. Her mission field moved wherever she happened to be, 4-H, the grocery store, classroom, Sunday School, and most importantly home.

She was preceded in death by her parents, one Son-in-law Leland McGraw, and one granddaughter Angela Ball.

Visitation will be from 1-8 on Sunday, September 9, 2018 with the family receiving friends from 5-7 at Price and Sons Funeral Home of Garden City.

Interment will follow at the Valley View Cemetery in Garden City.

Memorials are suggested to Church of the Nazarene in care of Price and Sons Funeral Home, 620 N. Main St. Garden City, Kansas 67846.

To order memorial trees or send flowers to the family in memory of E. Louise Hands, please visit our flower store.