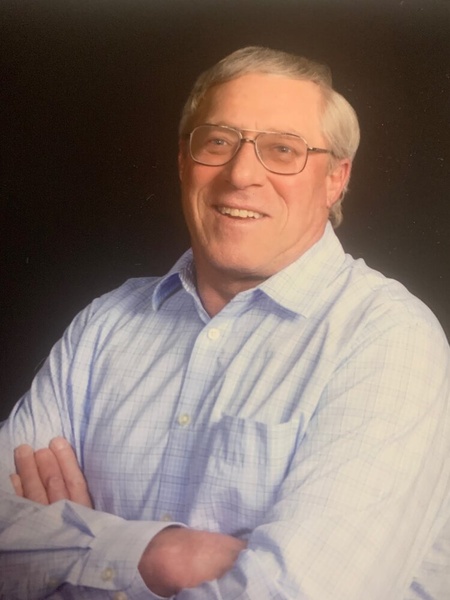 Edward W. (Ed) Simon, age 65, passed away on Tuesday, November 2, 2021, at his home in Wakefield, Kansas surrounded by family. He was born on September 12, 1956, in Scott City, Kansas, the son of Robert L. and Mary L. (Berning) Simon. Ed was a lifetime resident of Marienthal, Kansas, until he and Jana retired and moved to Wakefield, Kansas in July 2021.

He was a farmer and rancher, auctioneer, AHA 1st Aid & CPR Instructor, volunteer AEMT for Leoti EMS, substitute mail carrier, AEMT for Midwest Medical Transport and past USD #467 School Board member and recently the Director of Building, Grounds and Transportation at USD #467.

He was a member of St. Mary Catholic Church, Knights of Columbus Council #2930, and Assembly #2567 Bishop John B. Franz 4th Degree of Marienthal, KS.

He was of great help to the Wichita County community as his AEMT skills and concern for all people made him an excellent first responder. He was “Marienthal 1” responder and would state, “I am just along for the ride”. He was known as a friend and helper to all he met, never knowing a stranger. If Ed didn’t have what you needed in his pickup, well then you didn’t need it. Many children will remember him as the mailman that left treats in the mailbox. Other kids will remember him for the popsicles he gave away on parade day. When he started working at USD #467, the children and parents alike looked for Papa Ed as he made friends easily and would help them all. If anyone tried to thank Ed, they would always hear, “Why, I didn’t do anything.” Ed enjoyed having a cold red beer with his friends and family at the Blue Bird or Iron Horse.

Vigil and rosary service will be held Thursday, Nov. 11th at 7pm. Funeral Mass will be, Friday, Nov. 12th at 10:30am; both services at St. Mary Church in Marienthal, KS with Fr. Timothy Hickey presiding. Services will be live streamed on Western Kansas Catholic Facebook page.

To order memorial trees or send flowers to the family in memory of Edward W. Simon, please visit our flower store.