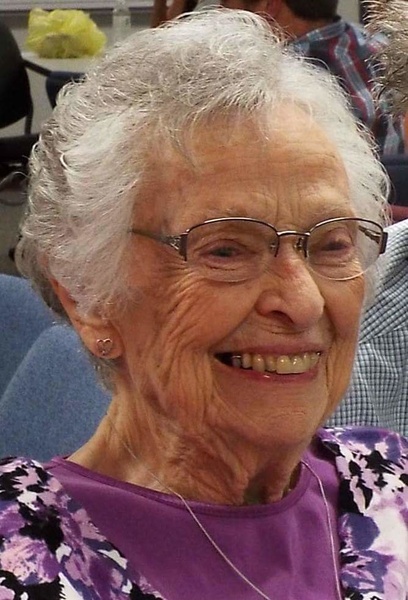 Ethel Lucile McClure, age 91, passed away on Thursday, February 15, 2018 at the Hays Medical Center in Hays, Kansas.  She was born on September 17, 1926 in Hill City, Kansas, the daughter of Ora Guy and Dollie (Cullum) McCoy.  A resident of Luray, Russell & Hill City, Kansas before moving to Scott City, Kansas in 2007, she was a homemaker who put her family first.  She enjoyed cooking, crocheting, genealogy, and wintering in Arizona with Henry.

In addition to her parents, she was preceded in death by her Husband - Henry, One Daughter - Patricia McClure, One Great Grandson - Lawson Beaton, Two Brothers and Four Sisters.

A graveside service will be held at 3:00 p.m., Wednesday, February 21, 2018 at the Luray City Cemetery in Luray, Kansas with Dennis McClure officiating.

In lieu of flowers, memorial funds may be given to Prairie View Church of the Brethren.

To order memorial trees or send flowers to the family in memory of Ethel Lucile McClure, please visit our flower store.