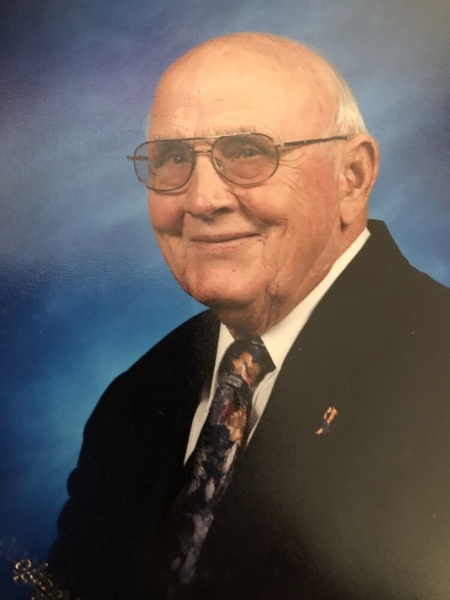 Everett proudly served his nation as a member of the United States Marine Corps during World War II from January 19, 1944, to May 8, 1946.  After enlisting he went to communication school.  While in Boot Camp, he qualified as a Marksman on the M1 rifle.  During this time, his first tour of duty was the start of the invasion of Iwo Jima.  His job was to string telephone wires during his time in Japan and China.  He was wounded in action while he was there.  Everett witnessed the famous raising of the American flag on Mount Suribachi.  Everett was awarded the Purple Heart when he was honorably discharged on May 8th, 1946.  His rank upon discharge was Corporal.   Of the 20 months he served, 6 months of it was spent on the troopships on the sea traveling.  As a result, he did not like the water.

The funeral service will be held on Tuesday, August 2, 2022, at 2:00 P.M. (MST) at the First Baptist Church in Tribune, Kansas with pastors Shannon Schneider and Billy Ed Rammage presiding. Service will be live-streamed at www.priceandsons.com.

To order memorial trees or send flowers to the family in memory of Everett Howell, please visit our flower store.

please note this is mountain time

Please note this is mountain time

please note this is mountain time