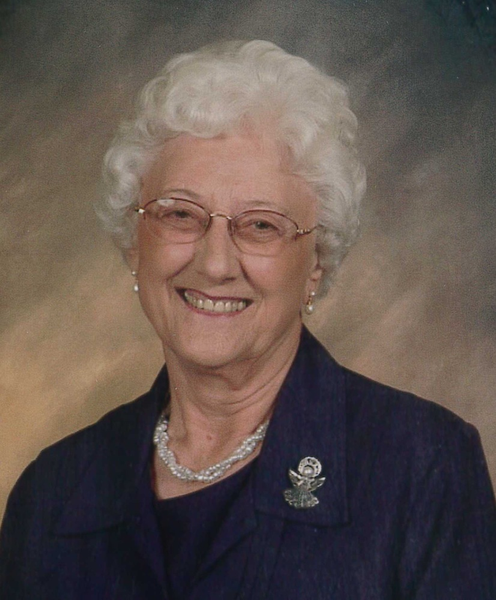 Florence L. Daubert, born on October 16, 1926, to Johan and Teresa Eder of Wichita County, died at Park Lane nursing home on March 11, 2021. Like all of her generation who had long lives, she lived through all of the dramatic changes that the world went through - from wall phones and shared party lines and needing an operator to make a call to cellphones, from large console radios for news and entertainment to flat-screen televisions and the internet, from World War II and other armed conflicts affecting America to the current pandemic.

She had many personal tragedies during her life. Finding her dead father when she was still in high school to losing her husband at the age of 40 to losing two of her children were just some of her trials and tribulations. She relied on her faith and inner strength. A lifetime Catholic, she used her core values to pull her through those times. She managed to put all of her children through college so they could have better lives even though she had to make many financial and personal sacrifices along the way. She managed to accumulate many friends through the garden club, her church, sewing groups, and other activities. She loved Scott City and SCHS even though she was raised in Wichita County. She was her class’s valedictorian and always looked forward to class reunions.

She is survived by her children, Darrell of Pembroke Pines, Florida, Dan (Elaine) of Jupiter, Florida, Kenton of Greeley, Colorado, and Lisa Vrbin (Dan) of Love’s Park, Illinois. She is survived by six grandchildren and six great-grandchildren as well as many nieces and nephews - most notably Jeff Eder and Sharon Friedman. She was preceded by her parents, husband (Edward) and children Duane and Ellen Knuth, and all of her siblings.

Special thanks need to be made to the “church ladies,” garden club members, her sewing friends, the staff at Park Lane Nursing Home, Dr. Elizabeth Hineman, the special people who lived with her and still reside in the Park Lane apartments, and their caregivers, Phyllis Ruiz, and Connie Wright. Also, thanks to Bertha Armendariz for her help in the last few months of her life.

Memorial services will be held at 10:30 a.m. Friday, March 19, 2021, at the St. Joseph Catholic Church in Scott City, Kansas with Fr. Augustine Owusu presiding.  Services will be streamed live on Facebook at Price and Sons Funeral Home page (www.facebook.com/priceandsons) starting at 10:25 a.m.

Memorials in Lieu of Flowers can be made to the Scott County Historical Society, St. Joseph’s Catholic Church in care of Price and Sons Funeral Home; PO Box 553; Scott City, Kansas, 67871.

To order memorial trees or send flowers to the family in memory of Florence L. Daubert, please visit our flower store.