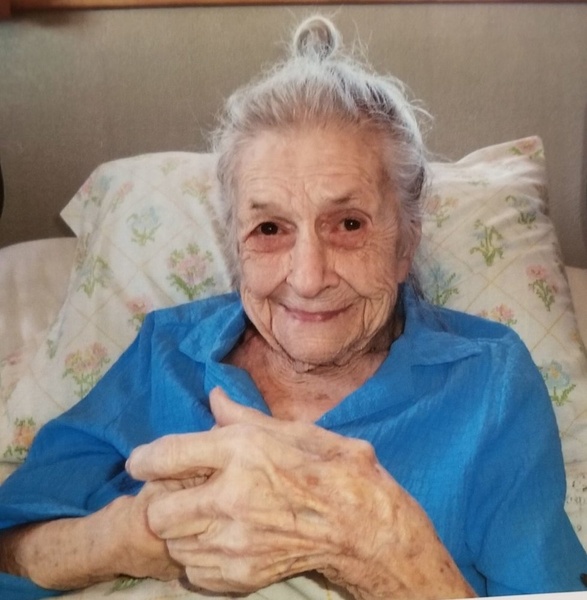 Frances D. Weibert, beloved mother and grandmother, passed away on Monday, March 4, 2019 at the Park Lane Nursing Home in Scott City, Kansas at the age of 102.  Born on July 16, 1916, in Everton, Missouri, she was the second oldest of six children born to Wilson “Ovid” and Zella Drisdel McMillen.  On March 7, 1949, she married Alex Weibert in Wichita, Kansas where she worked at Cessna, and he worked for Boeing.  Moving from Wichita, Kansas, they remained residents of Scott City, Kansas, where he was a farmer and custom harvester and she retired as Assistant Scott County Treasurer.   Frances was beautiful inside and out and will be remembered for her gentle and kind spirit, keen sense of humor, and a fierce love of her family.

She was preceded in death by her parents, husband - Alex, who passed away on August 18, 1984, son - Gary Weibert, four brothers – Dale, Berl, David, and Clarence “Bull” McMillen, and one sister - Alma Morris.

Survivors include:  one daughter, Mary Ann Gaylord of Honolulu, Hawaii, one grandson Ross Gaylord of St. Petersburg, Florida, and one granddaughter, Carlie Weibert of Houston, Texas.

Memorials In Lieu Of Flowers may be made to the Scott County Hospital in care of Price & Sons Funeral Homes.

There will be no calling times.  Internment will be in the Scott County Cemetery in Scott City, Kansas.

To order memorial trees or send flowers to the family in memory of Frances D. Weibert, please visit our flower store.