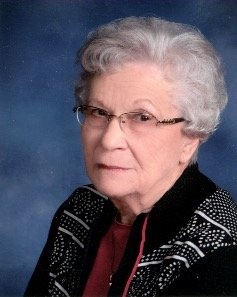 Frieda Vernice Graff, age 93, passed away on Tuesday, September 10, 2019 at Wichita County Health Center Long Term Care in Leoti, Kansas.  Frieda was born February 13, 1926 at Nashville, Kansas, the daughter of Joseph Henry & Johanna Marie (Kerschen) Ridder.  A resident of Wichita County since 1930, she graduated from Garden City Nursing program in the late 40’s and later worked as a Registered Nurse as well as a homemaker and Farm Wife.

Burial will be in St. Mary Cemetery in Marienthal, Kansas

Memorials may be given to the Frieda V. Graff Memorial Fund in care of:

To order memorial trees or send flowers to the family in memory of Frieda Vernice Graff, please visit our flower store.