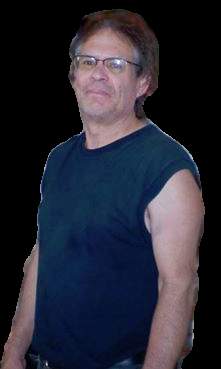 Galen D. Brandt, age 58, died on Wednesday, January 16, 2019 at the Garden Valley Retirement Village in Garden City, Kansas.  He was born on November 28, 1960 the son of Harold and Elma Jean Siemens Brandt in Wichita, Kansas.

He was a member of the Garden Valley Church, played in various bands, Neon Nights, Out In Back, and Otis Wheat.  Galen worked at Old Chicago in Garden City, Kansas.

On January 14, 2019 he married Rhonda Gallaway at the Garden Valley Retirement Village. She survives.

One Brother Trevor and Becky Brandt of Garden City, Kansas

and several nieces and nephews.

Memorial services will be held on Friday, January 25, 2019 at the Garden Valley Church in Garden City at 2:00 p.m.

To order memorial trees or send flowers to the family in memory of Galen D. Brandt, please visit our flower store.