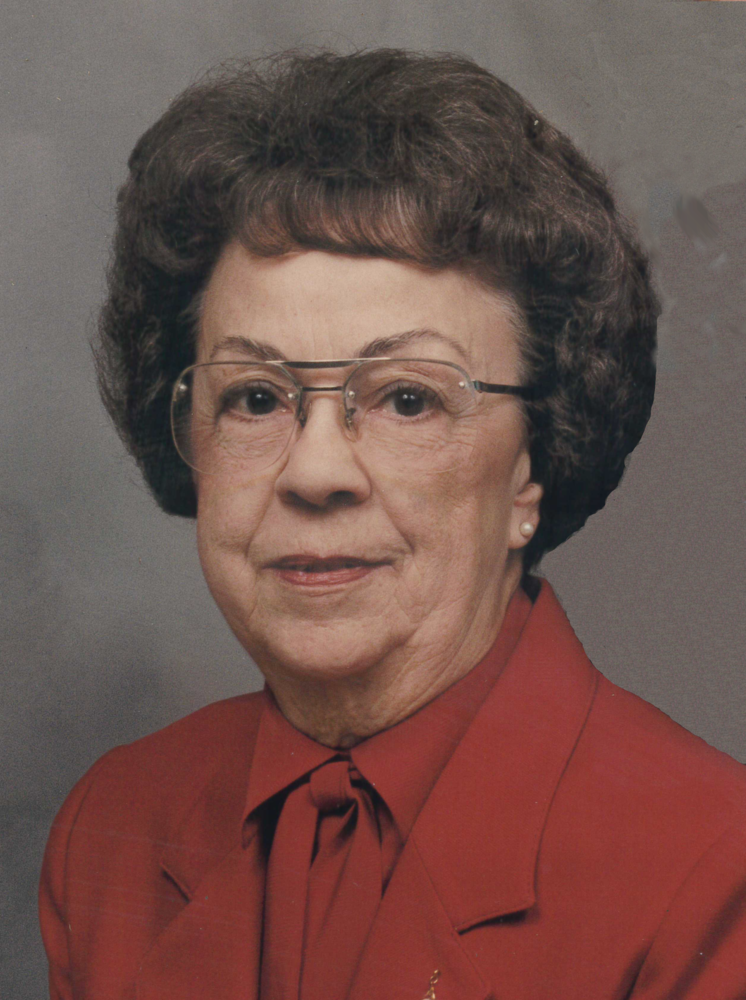 She was preceded in death by her Parent, Husband, Three Brothers - Elmer Cauthon, Galen Cauthon, Homer Cauthon, and One Sister - Patsy Whitson.

Funeral Services will be held at 10:30 a.m. Wednesday, March 3, 2021, at the First Christian Church in Scott City, Kansas with Rev. Rodney Hopper presiding.  Services will be streamed live on Facebook at Price and Sons Funeral Home page (www.facebook.com/priceandsons) starting at 10:25 a.m.

Memorials in Lieu of Flowers can be made to the First Christian Church or the St. Catherine Hospice in care of Price and Sons Funeral Home; PO Box 553; Scott City, Kansas, 67871.

To order memorial trees or send flowers to the family in memory of Gertrude V. Brown, please visit our flower store.