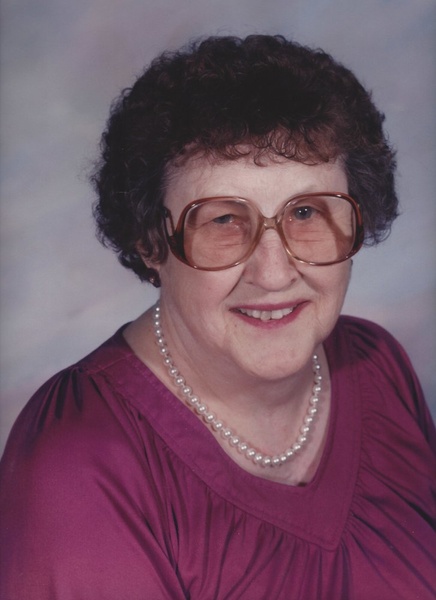 Gladys M. Wagner, age 92, died on Thursday, December 28, 2017 at the Garden Valley Retirement Village in Garden City, Kansas.  She was born on July 13, 1925 in Holcomb, Kansas the daughter of Claude F. and Effie Jane Moody McQueen.

She worked as a cook for USD 457 for many years.  Gladys is a member of the Church of the Brethren, Eagles Lodge, VFW Auxillary, the Red Hat Society, and the Senior Center all of Garden City.

Funeral services will be held on Tuesday, January 2, 2017 at 2:00 pm at the Church of the Brethren of Garden City, Kansas.

Visitation will be held on Monday, January 1, 2017 from 10-8 pm with the family present from 5-7 at Price & Sons Funeral Home of Garden City.

Memorials may be made to the Friends of Lee Richardson Zoo in care of Price & Sons Funeral Home; 620 N. Main St. Garden City, Kansas 67846.

To order memorial trees or send flowers to the family in memory of Gladys M. Wagner, please visit our flower store.