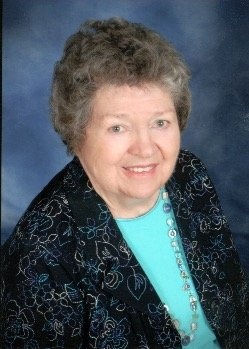 Celebration of Life services for Glenna Farmer Schneider, 93, of Tribune will be Friday, September 1, 2017 at 10:30 am (MST) at the Tribune United Methodist Church with Pastor Robert Selvakumra officiating.  Burial will be at the Greeley County Cemetery.

Glenna passed away on Thursday, August 24, 2017, at the Greeley County Hospital in Tribune, Kansas.  She was born April 19, 1924, in Utica, Kansas to Glen and Bessie Neal.  Glenna received training and education from the Kansas University Medical Center as a registered nurse through the Army Corps Nursing Program during WWII.  She worked at the Tribune Hospital and served for more than 30 years as the Greeley Co. Health Nurse and Greeley Co. School Nurse.

Glenna was a member of the Tribune United Methodist Church.  She was a very community minded person with lifetime memberships in the Order of Eastern Star, the American Legion Auxiliary, and the V.F.W. Auxiliary.  She was active with the Salvation Army, Red Cross and TYW Economic Home Unit.  She enjoyed playing tennis and was an avid duplicate and traditional bridge player.

Two children on the Farmer side and their spouses

Five children on the Schneider side and their spouses

Four siblings and their spouses

Memorials may be given to the Glenna Farmer Schneider Memorial Fund in care of the Price and Sons Funeral Home, P.O. Box 161, Leoti, Kansas 67861.  The memorial funds will be forwarded to the Greeley Co. School District, Greeley County Health Services, Tribune United Methodist Church, and the Star Theater.

Condolences may be sent to the family through the funeral home website at priceandsons.com.

To order memorial trees or send flowers to the family in memory of Glenna Farmer Schneider, please visit our flower store.