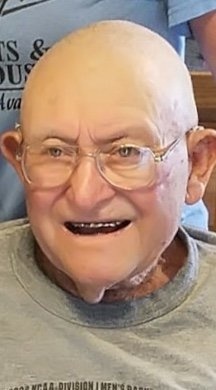 Harold Lester Heronemus, age 89, passed away on Monday, May 21, 2018 at St. Catherine Hospital in Garden City, Kansas surrounded by his loving family.  Harold was born October 26, 1928 on the family farm at Nekoma, Kansas, the oldest son of Jacob & Elizabeth (Schwartz) Heronemus.  He served in the United States Army in Germanyduring the Korean Conflict from 1951 through 1953.  Following his discharge, he moved to Wichita County, Kansas where he met the love of his life, Lorraine Appl.  They were married an August 6, 1953 at Ness City, Kansas and they then began farming and raising cattle on the Appl homestead south of Leoti, Kansas.

He enjoyed attending auctions and collecting guns, coins, antiques and other keepsakes.  Most of all, he loved his wife and family and attending all events that his children and grandchildren were involved in.

His parents, Two brothers, Alvin Heronemus and Lee Heronemus, and one sister, Evelyn Powell precede him in death.

Graveside services will be held at 10:30 am Friday, May 25, 2018 at Leoti Cemetery in Leoti, Kansas with Reverend Brad Kirk officiating and military honors provided by the Funeral Detail from Fort Riley, Kansas.

There will be no public visitation.

Memorials may be given to the Leoti E.M.T.’s in care of Price & Sons Funeral Home in Leoti, Kansas.

To order memorial trees or send flowers to the family in memory of Harold Lester Heronemus, please visit our flower store.