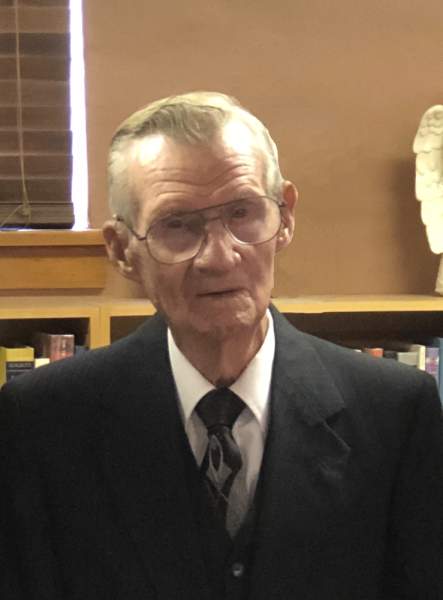 Herbert A. Stevens, age 92, passed away on Tuesday, October 13, 2020, at the Scott County Hospital in Scott City, Kansas.  He was born on September 11, 1928, in Geuda Springs, Kansas, the son of Lawrence Metallis and Emma Beulah Iseminger Stevens.  A resident of Scott City, Kansas since early childhood moving from Geuda Springs, Kansas.  Herbert was a farmer and rancher.

Herb was a member of the Class of 1946 at Scott Community High School.  On February 25, 1951, he married Margie B. Harkness in Scott City, Kansas.

Herb was well known for always wearing a suit and tie to the senior citizen dances in the local area and was a member of the Eagle’s Lodge of Garden City, Kansas, and the Sunflower Polka Club of Hays, Kansas. He loved to ride his red three-wheel motorcycle around town, and he was a loyal fan of the New York Yankees.

He was preceded in death by his parents, four sisters, one brother, one son - Mark Stevens, one daughter - Melody Stevens, one grandson - Brannon Chayston Stevens, and his dance partner - Mary Ruth Houdyshell.

A Celebration of Life will be held at 10:00 a.m. on Saturday, September 11, 2021, at Price & Sons Funeral Home in Scott City, Kansas with Steve Payne presiding.

Memorials May be made to the Scott County VIP Center in care of Price & Sons Funeral Homes.

To order memorial trees or send flowers to the family in memory of Herbert A. Stevens, please visit our flower store.