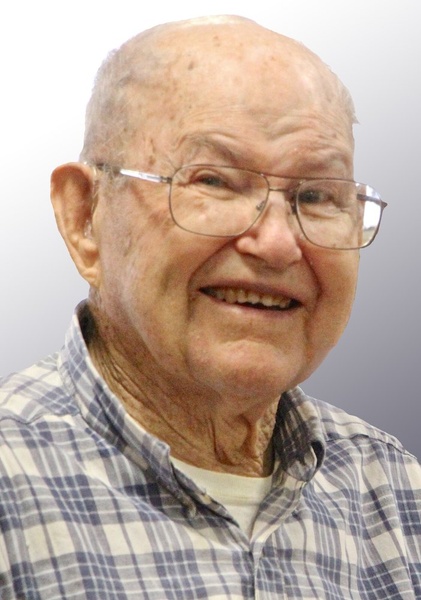 He was a graduate of Binger High School in 1942 and served in the U.S. Army from 1944 to 1946. During his years of service, Hugh served in the American 1st Army, Company G 311th Infantry and traveled through Europe, including time on the front line at the bridge of Remagan. Hugh was awarded the Bronze Star Medal and the Good Conduct Medal Army Occupation Ribbon for his time in Germany.

After his service during World War II, Hugh farmed in Oklahoma for 7 years, prior to moving to Scott City, Kansas. He was an assistant manager at the Ideal grocery store in Scott City for 7 years, and then began a 22-year career with the U.S. Postal Service. After retirement in 1985, Hugh worked 20 years with his own lawn service.

Preceding Hugh in death were his parents, along with two sisters, Maxine Hoffman & Berniece Koerner, and brothers, Buford and Johnny.

Memorials in Lieu of Flowers may be made to the Park Lane Nursing Home in care of Price & Sons Funeral Homes.

To order memorial trees or send flowers to the family in memory of Hugh J. McDaniel, please visit our flower store.