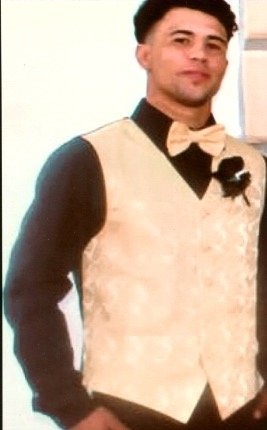 Isaac  Wayne  Stone, age 21, passed away on Friday, September 20, 2019 in Tribune, Kansas.  Isaac was born December 24, 1997 in Wichita, Kansas.  A resident of Tribune, Kansas since 1999 moving from Garden City, Kansas, he was a farmer.  He was a 2016 graduate of Greeley County High School in Tribune, Kansas, where he was on the wrestling squad, was active in 4-H and FFA.

His grandfathers, Raymond Stone and Wayne Krayca, a cousin, Brandon Stone and an uncle, Jay Reynolds precede him in death

Funeral Services will be held at 2:00 p.m.  (MDT) Thursday, September 26, 2019 at the First Baptist Church in Tribune, Kansas with Pastor Shannon Schneider officiating.

Memorials may be given to the Isaac Stone Memorial Fund for his children in care of the funeral home.

Friends may call from 5:00 pm until 8:00 pm Wednesday at Price & Sons Funeral Home in Tribune, Kansas.

To order memorial trees or send flowers to the family in memory of Isaac Wayne Stone, please visit our flower store.