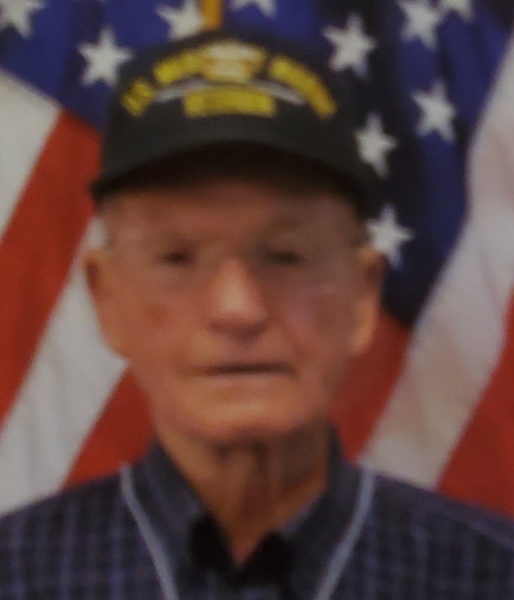 James C. Green, 95, passed away in peace on April 19, 2021.  James was born to Ray and Bonnie Green in Gardner, KS.  He attended Gardner Schools before proudly serving his country in the United States Merchant Marines, during World War II.  After the war, he and his family resided in Overland Park, KS.  He retired after a lengthy career with the Kansas City Power & Light.  James is survived by two daughters, Cindy Johnston (Bill) of Cartersville, GA and Dee Jones (Tom), of Garden City, KS.  He leaves three grandchildren and one great grandchild, as well as one brother, Roy Green and one sister, Ginger Sullentrop.  He was preceded in death by his wife of 69 years, Louise (Theno) Green.

James shared his love of boating, fishing, and the lake lifestyle with his family and friends.  He took pride in his roses, especially those he grew at his home in Arizona.  While in Arizona, he loved playing pool, volunteered at Boswell Hospital and Peoria Sports Complex.  James and Louise also enjoyed traveling, both in the U.S. and abroad.  He was excited to be on the Honor Flight to Washington D.C. in 2013.  James was known for his sense of humor and friendly disposition.

To order memorial trees or send flowers to the family in memory of James C. Green, please visit our flower store.