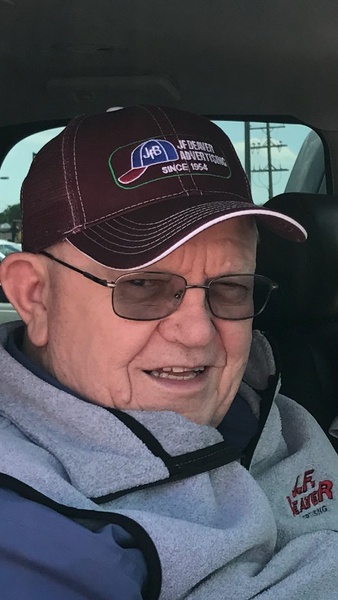 Joseph “Joe” F. Beaver, age 88, passed away on Monday, August 20, 2018 at the Park Lane Nursing Home in Scott City, Kansas.  He was born on December 26, 1929 in Oakley, Kansas, the son of Fred M. and Leta D. Rohrbough Beaver.  A lifetime resident of Scott City, Kansas, he was the Owner and Operator of JF Beaver Advertising.

He was a member of the St. Jospeh Catholic Church in Scott City, Kansas and was a Private in the US Army Reserves.

He was preceded in death by his Parents and Wife - Elizabeth, and Two Sisters - Thelma Patton & Myrtle Winter.

Memorials may be given to the Scott County EMT’s in care of Price & Sons Funeral Homes.

To order memorial trees or send flowers to the family in memory of Joseph F. Beaver, please visit our flower store.