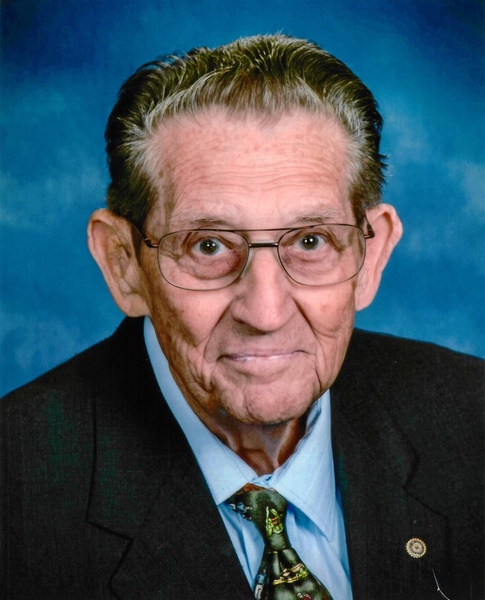 Joseph W. “Joe” McGonagle, age 88, passed away on Thursday, May 4, 2017 at the Park Lane Nursing Home in Scott City, Kansas.  He was born on June 2, 1928 in Fairview, Oklahoma the son of Charles Frank and Ruth Gertrude Pettitt McGonagle.  A resident of Scott City, Kansas since 1965 moving from Syracuse, Kansas, he was a Power Plant Manager and Operator for Wheatland Electric and Sunflower Electric and served in the Merchant Marines attached to the US Navy during World War II.

He was a member of the United Methodist Church of Scott City, IOOF Lodge, Masonic Lodge & Shrine Club of Scott City, Past Scout Master Troop 77, National President of REA.

He was preceded in death by his Parents, Wife, Two Sisters - Dorothy & Jean, Three Brothers - Howard, Mike and Gerald.

Memorials may be given to Camp Lakeside or United Methodist Church in care of Price & Sons Funeral Home in Scott City, Kansas.

To order memorial trees or send flowers to the family in memory of Joseph William McGonagle, please visit our flower store.