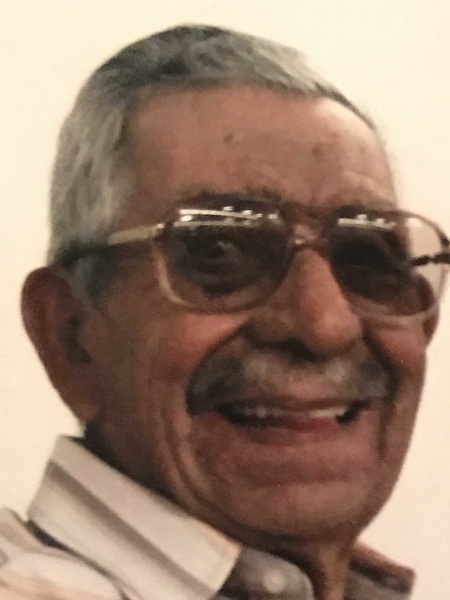 Juan Pablo Moreno, age 92, died peacefully surrounded by a family who loved him on May 18, 2019 in Bartlesville, Oklahoma. He was born on July 12, 1926 in Hivenia, Coahuila, Mexico, the son of Esiquio and Maria Manrique De Moreno.

He worked as a farmhand throughout Texas. Then arriving in Garden City in 1966 he worked for various employers, Farmland Beef, and the City of Garden City. Of all his jobs he often said his best bosses were with Valley View Cemetery. Upon his retirement he continued his lawn service until he was 84. He took pride in ending each day tired, knowing he had worked hard and was productive with the day God had given him.

On August 6, 1949, he married Elva Garza Moreno in Matamoros, Tamaulipas, Mexico. She survives.

He was preceded in death by his parents; 11 siblings; two sons, Jose Guadalupe Moreno and JoseLouis Moreno; one grandson, Caleb James Moreno.

To order memorial trees or send flowers to the family in memory of Juan Pablo Moreno, please visit our flower store.