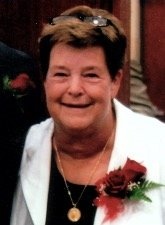 Judith Vayrene Campbell, age 73, passed away on Wednesday, January 30, 2019 at St. Catherine Hospital in Garden City, Kansas.  Judy was born January 16, 1946 at Syracuse, Kansas, the daughter of James & Bessie (Phillips) McGinness.  She was a homemaker and was the former owner/operator/ cook at Campbell’s Corner in Tribune, Kansas for over 30 years.  Judy was an avid Solitaire player, liked to crotchet and loved taking care of her dogs.

Private funeral services will be held at a later date.

Memorials may be given to the Kansas Trapshooters Assn. in care of the funeral home.

To order memorial trees or send flowers to the family in memory of Judith V. Campbell, please visit our flower store.