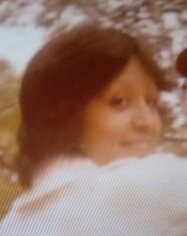 Judith Candida Stroud, age 77, passed away on Thursday, December 23, 2021, at her home in Garden City, Kansas.  She was born on November 19, 1944, in Manzanola, Colorado, the daughter of Fred and Frances Balandran Allen Toler.  A resident of Garden City, Kansas since 1956, she worked for UPS for 30 years in Garden City.

She is proceeded in death by her Parents, Husband, and Three Brothers.

Memorial Services will be held at 2:00 p.m. Wednesday, December 29, 2021, at Price & Sons Funeral Home in Garden City, Kansas with Steve Payne presiding.  Memorial services will be Live-streamed at www.priceandsons.com.

Private family inurnment will be in the Valley View Cemetery in Garden City, Kansas at a later date.

To order memorial trees or send flowers to the family in memory of Judith Candida Stroud, please visit our flower store.