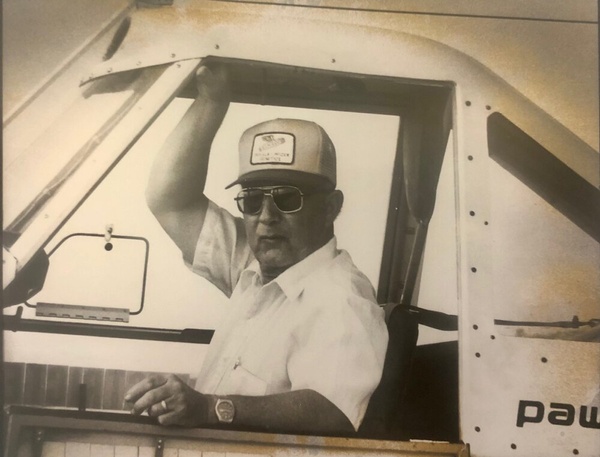 Keith Burgess, age 90, passed away at the Park Lane Nursing Home in Scott City, Kansas on Tuesday, August 24, 2021. He was born on October 5, 1930, in Garden City, Kansas, the son of Wade Hampton and Letha Adalene Phillips Burgess. He was a lifetime resident of Scott City. He was a certified flight instructor and worked as a farmer and aerial applicator.

Keith was a member of the United Methodist Church of Scott City, served on the Coop Board, the city council, and the airport board.

Funeral service will be held at the United Methodist Church in Scott City, Kansas at 10:30 on Saturday, August 28, 2021, with Pastors Larry Danforth and Dennis Carter. Services will be streamed live at www.priceandsons.com.  Click the live stream tab on the left side of the obituary or click on LIVESTREAM" starting at 10:25 a.m

Memorials in lieu of flowers may be written to the Scott Community Foundation for the Keith Burgess Aviation Scholarship in care of Price & Sons Funeral Home, PO Box 553, Scott City, Kansas, 67871.

To order memorial trees or send flowers to the family in memory of Keith Burgess, please visit our flower store.