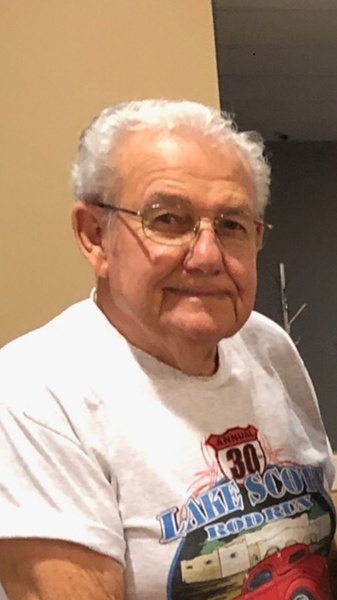 Kenneth R. Snow, age 80, passed away on Thursday, April 15, 2021, at the Scott County Hospital in Scott City, Kansas.  He was born on December 16, 1940, in Lamar, Missouri, the son of Forest & Margaret Ambler Snow.  A lifetime resident of Scott City, Kansas, Kenny worked for Rainbow Bread Company as an area supervisor and later driving fuel truck for L&M Western Tire before retiring.

He was a member of the First Christian Church and Lake Scott Car Club both of Scott City, Kansas and Eagles Lodge #3124 of Garden City, Kansas.

He was preceded in death by his Parents, Wife - Jacque, and One Grandson - Devin Andrew Conine.

Funeral Services will be held at 10:30 a.m. on Wednesday, April 21, 2021, at the First Christian Church in Scott City, Kansas with Rev. Rodney Hopper and Steve Payne presiding.  Services will be streamed live on Facebook at Price and Sons Funeral Home page (www.facebook.com/priceandsons) starting at 10:25 AM.

Memorials may be written to the Scott Community Foundation for a technical school scholarship in Kenny & Jacque’s name in care of Price & Sons Funeral Homes.

To order memorial trees or send flowers to the family in memory of Kenneth R. Snow, please visit our flower store.