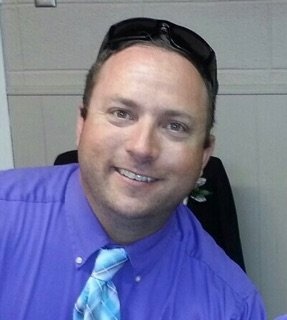 Larrod Ray Proehl, age 34, passed away Saturday, November 11, 2017 at his home in Cimarron, Kansas.  He was born November 23, 1982 in Garden City, Kansas to Lawrence Ray Proehl and Dona Hetrick Proehl. He grew up in Pierceville spending his time riding four wheelers. After attending high school in Garden City, he graduated from the automotive mechanics program at Universal Technical Institute. He spent some time living other places but always returned to the Garden City area knowing that was his home. Larrod worked in different jobs and professions, never doing well with monotony. He always had a passion for anything with wheels. He loved riding and working on his four wheelers and motorcycles and spending time at the river with his many friends. For many years his nieces and nephews were the light of his eye, then with the birth of his son Grayson he had an extra sparkle in his eye. Granddad Wayne was always a hero of Larrod’s and they enjoyed bowling, playing marbles and just talking about cars and farming together. He enjoyed a good laugh and spending time with friends and was always the life of the party.

He was preceded in death by his father, Larry Proehl, grandmother, Jean Hetrick, and grandparents Les and Vera Proehl.

Funeral Services will be held on Friday, November 17, 2017 at the Pierceville Federated Church in Pierceville, Kansas at 2:00 pm with Pastor Bob Bates presiding.

Visitation will be held on Thursday, November 16 from 10-8 with the family present from 6-8 at the Price and Sons Funeral Home of Garden City, Kansas.

Memorials in Lieu of flowers may be given to the Grayson Proehl Education Fund in care of Price & Sons Funeral Home, 620 N. Main St. Garden City, Kansas 67846.

To order memorial trees or send flowers to the family in memory of Larrod Ray Proehl, please visit our flower store.