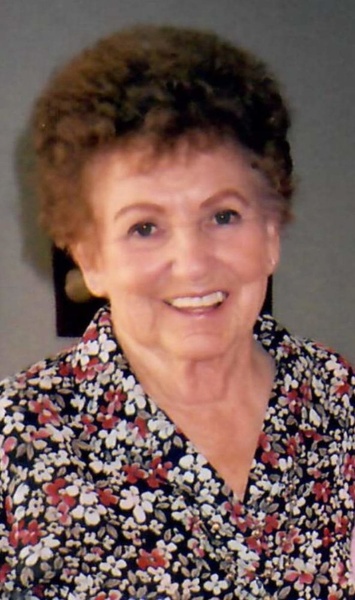 Laura Neva (Stratton Adams) Vogt, age 96, passed away on August 12, 2021, at Greeley County Long Term Care Center in Tribune, Kansas. She was born April 2nd, 1925 in Gove County, Kansas, the daughter of Earl and Grace (Stittsworth) Stratton. She attended country schools and graduated from Scott Community High School. From there, her journey took her to Wichita, Kansas supporting the war effort at Beechcraft where she worked as a riveter; she was one of the original “Rosie’s.” In 1947, she married Samuel Leo Adams in El Dorado, Kansas, where they made their home. Laura contributed to the workforce in many capacities. Her jobs included everything from a Trailways Ticket Agent to working for a doctor, bank, and lumber yard. She and Leo were blessed with a baby girl, Cynthia LeeAnn Adams in 1959. They lost Leo to heart failure in 1964, and Laura recommitted herself to being the best mother possible for her young daughter. Four years later, she met Robert Everett Vogt at a dance at the Cotillion in Wichita, and they were united in marriage on February 3rd, 1968. She joined Bob on his farm five miles south of Tribune, Kansas, which remained her home for the next fifty-plus years. This union brought many changes to Cindy and Laura’s life. The move to Tribune added four of Bob’s Children to the mix: Gail, Kate, Mike, and Jennifer, as well as her first grandchild. She spent her childhood on a farm, so this life was an easy transition for Laura. She loved animals and quickly added many to fill the barn. She reveled in the work and driving harvest trucks that were filled with singing children. She supported Bob throughout the years as their farm and family grew. Laura was able to help foster many happy memories for her ever-growing family. She was also a member and volunteer at the First Presbyterian Church in Tribune, Kansas, and volunteered as a 4-H leader. During her time in El Dorado, she was a Girl Scout Leader. She was a homemaker, an excellent gardener, and seamstress, and excelled at cooking and hard work. She was able to navigate any endeavor she took on with grace and ease. Throughout semi-retirement, she and Bob spent their winters in Aransas Pass, Texas fishing in the gulf, which brought great joy to her life. She also loved to play games and camp out with her family and friends.

She was preceded in death by her Parents, Two Husbands, and Eight Siblings - Elta Lee, Olive, Robert, George, Elsie Ethel, Donna, and Beth.

Funeral Services will be at 10:30 a.m. (M.T.) Tuesday, August 17, 2021, at the First Presbyterian Church in Tribune, Kansas, with Andrew & Desiree Sanders presiding.

Interment will be in the Greeley County Cemetery in Tribune, Kansas.

Memorials in Lieu Of Flowers can be written to the First Presbyterian Church in Tribune, Kansas in care of Price & Sons Funeral Home; PO Box 161, Leoti, Kansas, 67861.

To order memorial trees or send flowers to the family in memory of Laura N. Stratton Adams Vogt, please visit our flower store.