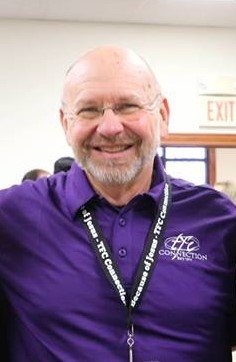 On August 13, 1972 he married Marcia Winn in Howard KS. They were married for almost 45 years. Larry was a missionary with Teens for Christ Connection for 20 years. He was the pastor at Gospel Fellowship Church in Shallow Water KS for 13 years until retiring in October of 2016. He was an ordained youth pastor. He had a heart for teenagers and all people. He went on mission trips to Russia, Belarus, Mexico, Trinidad & Tobago, Haiti, China and various places throughout the United States. He had a passion for disaster relief and SPLASH trips. He touched many lives through performing marriages and funerals.

Larry’s greatest wish was that all people would know Jesus as their Savior. His favorite verses were John 3:16 & 17 and Matthew 28:16-20. He showed Jesus’s love to everyone he met; he did not know a stranger. He tried his best to live out the Great Commission and was never shy about sharing the love of Jesus with people.

He was preceded in death by his parents, Dale & Arlene Taylor and his father-in-law, Dwight Winn.

In lieu of flowers the family requests memorials to Teens For Christ Connection in Phillipsburg, KS & the Howard First Baptist Church in Howard, KS, and may be left with or mailed to the funeral home. Services have been entrusted to: Countryside Funeral Home, 206 E. Washington, PO Box 1233, Howard, KS 67349.

To order memorial trees or send flowers to the family in memory of Lawrence Dale Taylor, please visit our flower store.