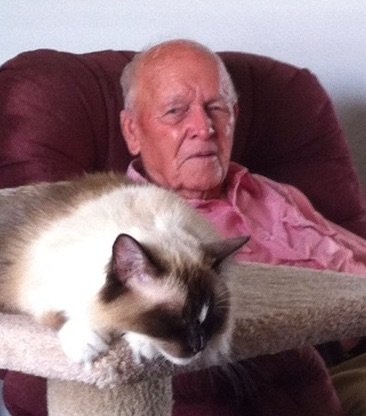 Lloyd Howard Ellis, age 92, passed away on July 21, 2019, at his home in Bixby, Oklahoma, surrounded by his loving family.  Howard was born June 4, 1927, in Elkhart, Kansas, the son of Lloyd and Louise ( Davis ) Ellis.  Howard farmed with his father prior to joining the United States Navy in World War II. Upon his return, he continued farming and later worked as a telephone line technician, journeyman electrician, agricultural irrigation sprinkler installer, and numerous entrepreneurial endeavors.

Graveside services will be held on Saturday, July 27th, at 2:00pm in the Leoti Cemetery, Leoti, Kansas with Pastor Gary Salmans officiating and Military Honors provided by the United States Navy.

In lieu of flowers, the family requests memorials to the Wichita County Amusement Association in care of:

Immediately following the graveside services, the family invites you to join them at the Baptist Church in Leoti for coffee, dessert and appetizers.

To order memorial trees or send flowers to the family in memory of Lloyd Howard Ellis, please visit our flower store.