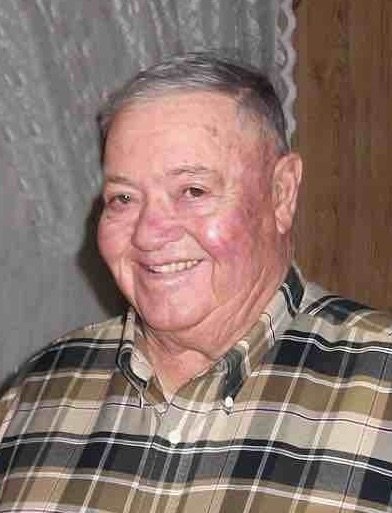 Loren E. McDaniel, age 89, passed away peacefully at his home on Thursday, January 28, 2021, in Logan County, Kansas.  He was born on September 1, 1931, in Scott City, Kansas, the son of Lester and Faye Roberts McDaniel.  Loren was a lifetime resident of Logan County, Kansas.  He served in the US Air Force from October of 1953 until April of 1961, spending 18 months on a tour of duty in Japan.  Upon returning home he continued farming and ranching until his retirement.

He was a member of the Pence Community Church, American Legion, Flying Farmers, NRA, Kansas Livestock Association, and Logan County Volunteer Fire Department.  In earlier years he was a 4-H Leader of Pence Busy Beavers 4-H Club.  He served as chairmen on the Logan County Extension Board and was Trustee on the Paxton Township Board.  He was also a recipient of several Conservation Awards.

He was preceded in death by his Parents, One Sister - Velda Bollinger, One Brother In Law - Darwin Bollinger, and One Son In Law - Bruce Sneath.

Funeral Services will be held at 10:30 a.m. Tuesday, February 2, 2021, at the Pence Community Church in Pence, Kansas with Pastor Don Williams presiding.  Services will be streamed live on Facebook at Price and Sons Funeral Home page (www.facebook.com/priceandsons) starting at 10:25 a.m.

Memorials in Lieu of Flowers can be made to the Pence Community Church for the TruNorth Bible Camp or NW Kare Hospice in care of Price and Sons Funeral Home; PO Box 553; Scott City, Kansas, 67871.

To order memorial trees or send flowers to the family in memory of Loren Eugene McDaniel, please visit our flower store.