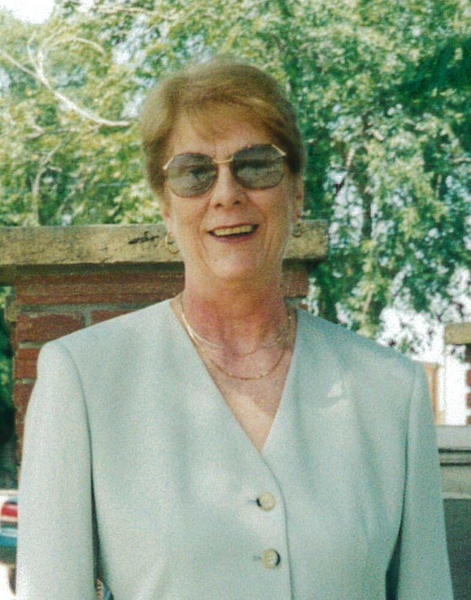 Loretta Carolyn Ray (Carolyn) age 82, passed away on Saturday, November 20th at Scott County Hospital.  She was born in Tribune Ks on October 25, 1939, to Willy C and Lulanell Dealy Ray.  She was the youngest of 3 girls, Retha Roena Ray Hubbs,  and Lorene Ray Giesick.  Carolyn attended school in Greeley County where she graduated and went on to college at Hays University where she studied to be a radiology technician.

Carolyn then went on to Kansas City to do her clinical rotations at St Joseph Hospital.  Carolyn worked there for a few years and then went to work for a group for physicians Dr. Bakey and Dr. Gentrey where they became a close nit family.  She worked there as RAD Tech, a phlebotomist as well as cleaned the office until she retired after 35 years of service.  Carolyn loved to help people and enjoyed being with friends.  She had a bar for a few years in Kansas City named the WindJammer where she met many friends.  Carolyn was a caregiver when she left Kansas City in early 2000 and moved to western Kansas to help with her older sister's care Retha who had Alzheimer’s.

Carolyn left there and moved to Oklahoma to help her best friend in life Betty and her sister Mary with their ailing mother Wanette Pistole. When Wanette passed on Betty and Carolyn moved back to Kansas City where Carolyn stayed and cared for Betty when she became ill.  After Betty passed  Carolyn moved to Scott City Ks in 2016 where she could be closer to her nephew and niece, Rick and Kody Rogers, and family.  Carolyn enjoyed her weekly get-together with friends and family, where she always beat everyone at marbles even though she was legally blind.  She loved collecting anything that had to do with wolves, spending time with family and friends, and caring for people.

Carolyn surviving family includes - 6 nieces and nephews and their spouses: Dennis Hubbs of Saratoga, Wyoming, Penny and Albert Twomey of Wright, Wyoming, Jana and Neal Raider of Richmond, Virginia, Kim and Georgia Hubbs of Templeton, California, Tim and Sam Giesick of Leoti, and Kody and Rick Rogers of Scott City many great-nieces and nephews.

Carolyn's wishes were to be cremated and her ashes spread with her older sister Retha and her brother-in-law Dale in Wyoming.  There will be a private memorial in Wyoming in July for family and friends where Carolyn, Retha, and Dale’s lives will be celebrated.

Memorial In Lieu of Flowers may be written to the American Cancer Association.

To order memorial trees or send flowers to the family in memory of Loretta Carolyn Ray, please visit our flower store.