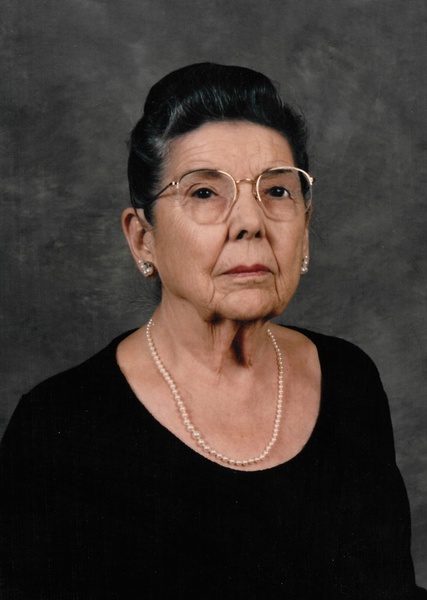 Louise V. Parkinson, née Heyne, 102, died Monday, June 19, at Scott County Hospital in Scott City, Kansas, after a fall at her home in May. She was born July 18, 1914, at Red Lion, Pennsylvania, to Daniel and Blanche (Hannigan) Heyne of 124 North Franklin Street, Red Lion. She was elder sister to Mayfield E. "Babe" Grove, Richard S. "Dick" Heyne, Daniel W. "Tuck" Heyne, and younger sister to adopted brother Nevin S. "Nevvy" Hannigan all of whom preceded her in death.

Louise graduated from Red Lion High School, class of '32, at the height of the Great Depression. She put herself through nursing school at Hahneman Hospital in Philadelphia where she earned a degree as a registered nurse in 1935. She worked as a general duty nurse at both Hahneman and Union Memorial Hospital in Baltimore.

In 1942, several months after the Japanese attack on Pearl Harbor, she joined the Army Nurse Corps, receiving her second lieutenant's commission and orders to ship overseas to Australia in 1943. She arrived at Sidney just as US and Australian forces were putting Japan on the defensive across the Coral Sea in New Guinea, where she was soon deployed.

Louise served with the 133rd General Hospital Unit, living and working one step from the front line, treating combat casualties. In October, 1944, then a first lieutenant, she was awarded her third battle star for the Battle of Leyte Gulf in the Philippines. While stationed there she met and married Louis (L.D.) Parkinson, a first lieutenant in the Navy, at Tacloban, Leyte, The Philippines, on November 2nd, 1945. All together, Louise served 29 months in Australia, New Guinea, the East Indies, and the Philippines.

The couple moved to Scott City in 1946, where they farmed, raised livestock, grew a family, and lived together for 67 years. Louise was a full-time housewife, mother, and avid swimmer-- receiving a Presidential Physical Fitness Award in her 65th year. She was honored to be inducted into The Leo Club Hall Of Fame of the Red Lion Area School District in September of 2016. Louise is survived by daughters Vicki Burr and Beth Tuck both of Scott City, Anne Marchin of Kansas City, and sons Louis "Bo" Parkinson and Daniel Parkinson both of Scott City. She is also survived by 14 grandchildren and 11 great grandchildren. Louise was preceded in death by her husband Lou, and one son, Richard.

Memorial services will be held at a later date and time.

Memorials may be given to the Scott County Library in care of Price & Sons Funeral Home.

To order memorial trees or send flowers to the family in memory of Louise V. Parkinson, please visit our flower store.